Is Shingles on the Scalp Contagious?

Shingles (herpes zoster) is a viral infection which causes painful blisters to form on the skin. It’s more likely to affect adults than children but can occur at any point in an adult’s life. It’s caused by the varicella-zoster virus. It’s the virus that causes chickenpox. Shingles can appear anywhere on the body, though it’s more common in certain places.

Fortunately, while it might be painful, it doesn’t last forever. While waiting for it to go away, though, you might have questions. Is shingles on the scalp contagious? What are the treatments? Can I develop it again after it’s gone away?

Read our guide to shingles on the scalp. By the end, you’ll know how to spot it, how to treat it, and how to avoid ever getting it again.

What Are the Causes of Shingles on the Scalp?

Shingles forms due to a virus called varicella-zoster. Although it’s uncomfortable and itchy, it goes away within a few weeks. However, when chickenpox goes away, you’re not free from the virus. The virus stays behind in your body, without you ever realizing it.

Once chickenpox subsides, the virus travels to clusters of nerves called ganglia. These ganglia are present all over the spinal cord and the brain. Once the virus arrives at the ganglia, it sits there quite harmlessly, and often for many years.

While it’s lying dormant, you won’t even be aware that the virus is still there. In its dormant state, it doesn’t cause any symptoms. But eventually, without any warning, the virus might reactivate. This is what causes shingles.

When the varicella-zoster virus comes out of hibernation, it starts multiplying. It then moves along the nerves towards the skin which the nerves attach to. Once it reaches the skin, shingles come out in the form of blisters.

It’s not clear why shingles can suddenly develop, after years of the virus being dormant. Doctors estimate that roughly 20% of people who have had chickenpox will develop shingles at some point.

It just depends on which nerves the shingles virus attached to. So if it lies dormant in the nerves in your head, you’ll develop shingles on your scalp!

Who is at Risk of Shingles on the Scalp?

If you’ve had chickenpox at any point in your life, there’s always a chance that you’ll develop shingles.

The only people who won’t develop shingles are those who have never had chickenpox. However, you can still catch chickenpox even when you’re an adult. And if you do, it means you’ll be susceptible to shingles later on.

So, let’s look at who is more likely to develop shingles. First of all, shingles isn’t hereditary. What this means is you’re no more likely to get it if your family members have had it. It’s purely down to who you are, and the lifestyle that you lead.

One of the main factors is age. When older, you’re more likely to suffer from a shingles attack. In particular, the elderly (over 70) are the most susceptible age group. It’s thought that this has something to do with the immune system. As we age, our immune systems naturally become weaker. A weakened immune system means that the shingles virus finds it easier to become active.

For the same reason, people who are under a lot of stress are more at risk of developing shingles. Stress can put pressure on the immune system, making you more susceptible to all sorts of illnesses. Similarly, you’re more likely to get shingles if you already have an illness which affects the immune system.

Examples of such illnesses are HIV, Lupus, and leukemia. Some drugs can also weaken the immune system, which could also put you at risk. It’s not possible to tell where on the body you’ll develop shingles. There aren’t any specific risk factors for developing it on the scalp compared to other parts of the body.

What Are the Symptoms of Shingles on the Scalp?

If you have shingles on the scalp, there are specific symptoms that you’re bound to notice:

How Long Does Shingles On The Scalp Last?

Not every case of scalp shingles lasts for the same amount of time. It will depend on your immune health. Even in people with healthy immune systems, shingles can last for weeks.

Let’s examine the different stages of shingles, and how long each lasts:

So, from start to finish, shingles usually lasts anywhere from two to six weeks. 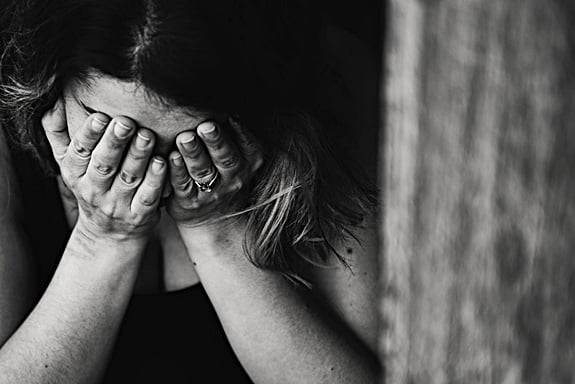 Can Shingles on the Scalp Lead to Further Complications?

In about 90% of cases, scalp shingles clear up entirely in a few weeks.

However, in rare cases, shingles can cause further complications:

What Are the Treatments for Shingles on the Scalp?

There’s no cure for shingles on the scalp. That is, there’s no way to instantly get rid of shingles once you’ve developed it. You have to wait for it to go away on its own. However, there are some steps you can take to help speed up the healing process.

Here are some easy-to-follow tips:

Do I Have to Visit a Doctor?

Most cases of shingles are manageable from home and clear up by themselves. However, it can be quite a serious condition.

Doctors are also able to recommend antiviral tablets. While this won’t make the virus go away immediately, it can reduce the length of the illness. It can also reduce the severity of the blisters and associated pain. 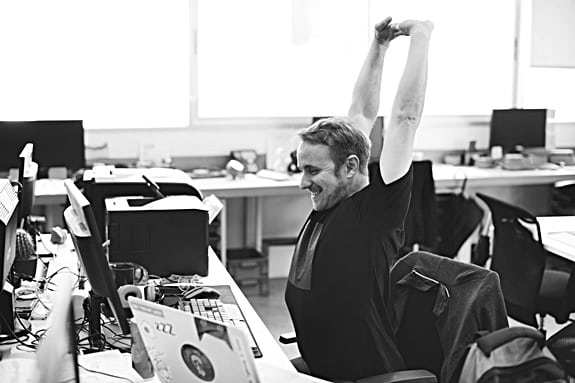 Is Shingles on the Scalp Contagious?

The answer isn’t exactly straightforward. Whether or not it’s contagious depends on who you come into contact with.

If you pass the virus on to someone who hasn’t been exposed to it, you might give them chickenpox. When the varicella-zoster virus first infects a person, it comes out as chickenpox. Most people develop chickenpox in childhood, so it’s unlikely that you’d give it to an adult. If the person does develop chickenpox from exposure to your virus, they may go on to develop shingles later in life. They won’t get it directly from you, though.

If the person has already had chickenpox before, they’re not usually at risk. This is because their body will have developed antibodies against chickenpox. Although it is technically possible for someone to catch chickenpox a second time, it is very rare.

It’s also worth noting that you’re only contagious when your blisters are open and oozing fluid. Once they scab over again, it’s almost impossible to pass the virus on.

Can I Go to Work with Shingles?

If your employer doesn’t take kindly to sick days, you might be wondering whether you can still go to work. With shingles, it’s not always advisable when it comes to shingles on the scalp.

If someone has shingles in a small, easily coverable area, you might be able to go to work. For example, a small patch of blisters on the torso would be easy to cover with a bandage. If the blisters are completely covered, the virus won’t be able to transfer to anyone else.

However, shingles on the scalp aren’t as easy to cover. The rash is usually underneath your hair, so it might be difficult to affix a bandage. If you aren’t able to cover up your rash completely, you shouldn’t go to work in case you spread the virus.

This is vital if you work with vulnerable people. For example, it can be dangerous to expose pregnant women to the varicella-zoster virus. Although it’s rare, exposure to the varicella zoster virus can make the unborn baby quite sick. You should also avoid interacting with anyone who has a compromised immune system. For example cancer patients, the elderly, and sick people.

Another thing to consider is the pain. Shingles is usually painful. For this reason, it can be quite hard to go to work and concentrate when you’re suffering so much. Doctors often advise rest when you have shingles. Don’t push yourself too much. Otherwise, the illness might last longer.

How Can I Avoid Developing Shingles?

Shingles is far from pleasant. If you’re not keen on the idea of developing it, you may be looking for ways to prevent it. While there’s no sure-fire way to make sure you don’t get it, there are ways you can make it less likely. 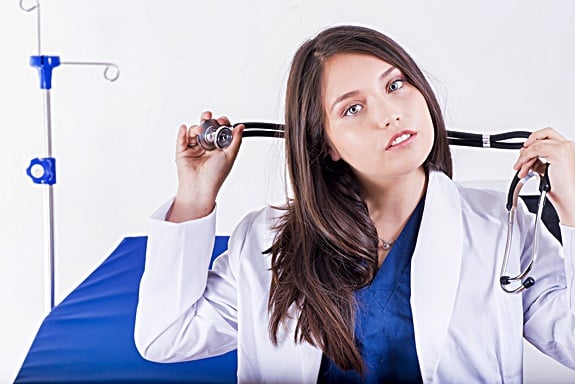 Can I Get Shingles More Than Once?

You may have heard that if you’ve already had chickenpox once, you can’t get it again. It might make sense, then, to assume that the same goes for shingles. After all, it’s the same virus, right?

However, it’s a misconception. First of all, you can develop chickenpox a second time if you’ve already had it once. It’s quite rare, but it is indeed possible.

Secondly, shingles aren’t the same as chickenpox. Even though the same virus is responsible for both conditions, they are entirely different. Getting shingles a second time isn’t as rare as getting chickenpox twice. When your bout of shingles goes away, the virus goes back into hibernation. This means that it has the potential to become active again later in your life.

Luckily though, it is extremely rare to develop shingles a third time.

What Could It Be If It’s Not Shingles?

By now, you know the causes, symptoms, and treatments of shingles, as well as the most frequently asked questions. If you’ve decided that your symptoms don’t match scalp shingles, you might be wondering what else it could be. There are many conditions that could cause a rash on the scalp, so we’ll take you through the most common ones.

One common cause of a rash on the scalp is psoriasis. This rash looks quite different from shingles, although it is just as itchy. Rather than blisters that fill with fluid, psoriasis is a dry, scaly rash. So if you’re suffering from patches of silvery, flaky skin on your scalp, psoriasis could be the cause. Seborrheic dermatitis also produces very similar symptoms to psoriasis.

If you have a very itchy, irritated scalp, you could even have head lice. Contrary to popular belief, it’s not just children who catch head lice. They don’t cause a rash, but their bites do cause itchiness. If you scratch your head too much, it can result in sores that might resemble a shingles rash.

If you’re still not sure what the rash on your scalp could be, it’s best to pay a visit to your medical professional. They’ll run some tests and carry out a physical examination to decide on the most likely cause.

Now that you know all that there is to know about shingles on the scalp, you’ll be able to recognize it quickly and be well prepared to deal with it. If you do have shingles, make sure to follow our advice, and you’ll be rid of it in no time.

Cut (Laceration) on Scalp under Hair? What You Should Do!